All About CBD & Hemp

Researchers have found that cannabinoids elicit many of their effects through their interaction with the body’s endocannabinoid system (ECS).
The ECS is a vital cellular signaling system that is responsible for regulating a person’s pain, appetite, mood, memory, and cellular life and death cycles. The system’s receptors, known as CB1 and CB2, are found in the brain and throughout the body’s nervous system. The cannabinoids that a person ingests when they consume cannabis react with these CB1 and CB2 receptors, which in turn help the endocannabinoid system in its efforts to regulate properly and achieve homeostasis.

Vitamins and Minerals
Extracted full-spectrum hemp oil also contains a wide list of naturally occurring vitamins and minerals. Present are vitamins A, C, and E., and well as B complex vitamins like riboflavin, thiamine, and niacin. Hemp oil is also a source of vitamins that are commonly not sufficiently present in many diets, including beta-carotene.

Minerals are essential for a variety of bodily functions, nerve function and metabolic processes. They’re also important for building strong bones and the health of our blood, skin, and hair. Full-spectrum hemp oil contains minerals like magnesium, zinc, potassium, calcium, phosphorous, and iron.

Essential Fats and Protein
Hemp oil is a healthy source of protein, which is instrumental in building and repairing tissues. Health officials recommend refraining from regularly eating red meat because it’s higher in saturated fat, but hemp oil is a heart-healthy source of all 20 amino acids, including the nine essential amino acids that must be provided through the diet.

Why is Full-Spectrum Hemp Oil Important?
​The health benefits of full-spectrum hemp go beyond it being a source of CBD. The array of cannabinoids and other natural constituents found in full-spectrum hemp oil work have been shown in studies to work together in what’s referred to as the “entourage effect.” Together, these compounds work harmoniously to magnify their therapeutic properties. The complex mix of cannabinoids, essential nutrients, protein, and healthy fats work synergistically to encourage homeostasis and balance in our health.

What Are The Effects of CBD Oil?

​What is the Endocannabinoid System?

It’s clear that the endocannabinoid system is one of the most important regulatory systems in the human body, but most people do very little to support the health of this system, because cannabinoids have not been part of the average diet.

​What are the Health Benefits of CBD?

In addition to positively affecting the endocannabinoid system, CBD has been the focus of more than 23,000 published studies about cannabinoids in relation to various medical indications including anxiety, epilepsy, inflammation, cancer and chronic pain to name few.

Does CBD Make me High?​

​​No, CBD does not elicit a high feeling. The naturally low-THC hemp plant, a non-psychoactive of cannabis, grown in many countries around the world and imported into the United States for use in textiles, building materials, and of course nutritional supplements and foods.

​There are thousands of unique varieties of hemp. The cultivars used for CBD oil contain significantly higher concentrations of CBD than others. Using these uniquely potent plants, it is possible to extract cannabis oil that contains a significant levels of cannabidiol, as well as essential vitamins, minerals, fatty acids, terpenes, flavonoids, and other non-psychoactive cannabinoids.
This high-CBD hemp oil is imported to the US like any other commercial hemp product and can be sold and delivered to all 50 states.

CBD hemp oil is also significantly different than the hemp seeds or organic hemp oil you commonly find in grocery stores. Derived only from hemp seeds, hemp seed oil is a great nutritional supplement, containing many vitamins and minerals and other healthy constituents, but it does not contain cannabidiol.

In the past decade or more, there have been over 23,000 of studies published in peer reviewed medical journals detailing the effects of cannabis, cannabis oil, and cannabinoids on the body.
​
Now that families, legislators, scientists, and more are becoming aware of the potential of cannabidiol, hemp CBD oil presents a game changing solution in the supplement marketplace, providing all the benefits CBD, without the high of marijuana, that thousands of people already count on every day.

What are the Differences of CBD and THC?

Cannabidiol (CBD) and tetrahydrocannabinol (THC) are the two most prominent cannabinoids found in Cannabis, the plant genus that includes both hemp and marijuana. While there are over 100 different cannabinoids so far identified in cannabis by scientists, CBD and THC are by far the most extensively studied and best understood.

One of the key differences between CBD and THC is whether the cannabinoid will cause a euphoric effect, or “high,” when consumed. THC does, and CBD does not have the “high” effect when consumed.
​
CBD and THC both interact with the body through the endocannabinoid system, a vital signaling system responsible for regulating a wide array of functions, some of which include: Learn more about all the difference of CBD vs THC here.

​Does CBD Have Side Effects?

First and foremost, CBD will not cause you to experience a euphoric effect, or “high.”  CBD oil is completely non-psychoactive. This means that, as opposed to THC, it not will adversely affect your sensory awareness, perception, consciousness, reaction time or behavior.

While there have been some reports of dry mouth, low blood pressure and drowsiness, the health information site reports. A research review investigating CBD side effects and safety found that CBD had no adverse physiological effect on the following:

Yes, CBD derived from hemp plants is legal in all 50 states.  However, much of the CBD industry gets their hemp oil and CBD from overseas.  Hemp crops have been planted in states like Kentucky, West Virginia, and Minnesota for the first time in half a century, Hempworx only uses hemp grown within the USA, specifically Kentucky and Colorado.

​Is it Safe to Take CBD?

Yes, CBD is considered to be safe and non-toxic for humans to take, even at high amounts. A research paper titled Safety and side effects of cannabidiol explored this subject.
​
Thankfully, CBD is harmless to use by all the members of your family because it is non-psychoactive and has minimal side effects. Hempworx takes a number of important steps during our manufacturing process to ensure that the CBD hemp oil products that you and your family have come to trust are always the safest and most reliable they can be.

What's the Difference Between Hemp and Marijuana?

​Scientifically, industrial Hemp and Marijuana are the same plants, with a genus and species name of Cannabis Sativa. They have a drastically different genetic profile though. Industrial Hemp is always a strain of Cannabis sativa, while marijuana can be Cannabis sativa, Cannabis indica, or Cannabis ruderalis. The major difference is how industrial hemp has been bred compared to a marijuana form of Cannabis sativa. Typically speaking, industrial hemp is very fibrous, with long strong stalks, and barely has any flowering buds, while a marijuana strain of Cannabis sativa will be smaller, bushier, and full of flowering buds. However, newer industrial hemp varieties in the USA are being bred to have more flowers and higher yields of cannabinoids and terpenes, such as our Colorado hemp we’re now using!
​
99% of the time marijuana has a high amount of THC and only a very low amount of CBD. Hemp, on the other hand, naturally has a very high amount of CBD in most instances and only a trace amount of THC. Fortunately, the cannabinoid profile of hemp is ideal for people looking for benefits from cannabis without the ‘high.’ Hemp is used for making herbal supplements, food, fiber, rope, paper, bricks, oil, natural plastic, and so much more... whereas marijuana is usually used just recreationally, spiritually, and medicinally. The term cannabis oil can refer to either a marijuana or hemp derived oil since marijuana and hemp are two different forms of cannabis.
In the USA the legal definition of “industrial hemp,” per Section 7606 of the Agricultural Appropriations Act of 2014, is “INDUSTRIAL HEMP — The term ‘‘industrial hemp’’ means the plant Cannabis sativa L. and any part of such plant, whether growing or not, with a delta-9 tetrahydrocannabinol concentration of not more than 0.3 percent on a dry weight basis.

Are Hemp Derived Cannabinoids Such as CBD as Good as CBD from Marijuana?

The short answer is yes. CBD is CBD, whether from marijuana or hemp.  Most marijuana has a very low non-psychoactive cannabinoid profile (like CBD, CBC, CBG), so most of the time hemp would be much more preferable for anything besides THC.

​Marijuana is usually very high in THC (gives people the high) but usually very low in other non-psychoactive cannabinoids.
Nowadays in the USA, many farmers are growing industrial hemp flowers that are just as beautiful, odor-producing, and terpene rich as the best marijuana strains, such as our partnered farmers in Colorado.

Is a Standard Hemp Seed Oil the Same as a High-CBD Hemp Extract?

Definitely not. Standard hemp oil, which can be found very cheaply at a grocery store, is a much different product than our full spectrum hemp extracts (not from seed). Standard hemp oil is produced by cold pressing the seeds, whereas our hemp extract is a full plant extraction with many components not typically found in the seeds. Hemp seed oil is considered to be a great nutritive food, but it doesn’t have the naturally occurring terpenes, cannabinoids and other components that our extracts do have.

How Our CBD Products Work

Not all hemp is created equal. Our CBD Oil is made in the USA from NON-GMO, PESTICIDE FREE, CO2 Extracted Hemp Oil.
​
In our experience, a full spectrum plant gives the Endocannabinoid system (ECS) the full cannabinoid profile of CBD, CBG, CBC, CBN, in order to substantiate the health claims. We have over 120 cannabinoids in our CBD formulas which perfectly inhibits the CB2 receptors in the body. While our competitors have gone the most cost effective route and have skimped on ingredients & formula, we are 100% committed to providing the most potent, most pure, and most effective Hemp products on the market. Due to our farming, science, and unique formulations, the CTFO products are trusted by thousands of customers! 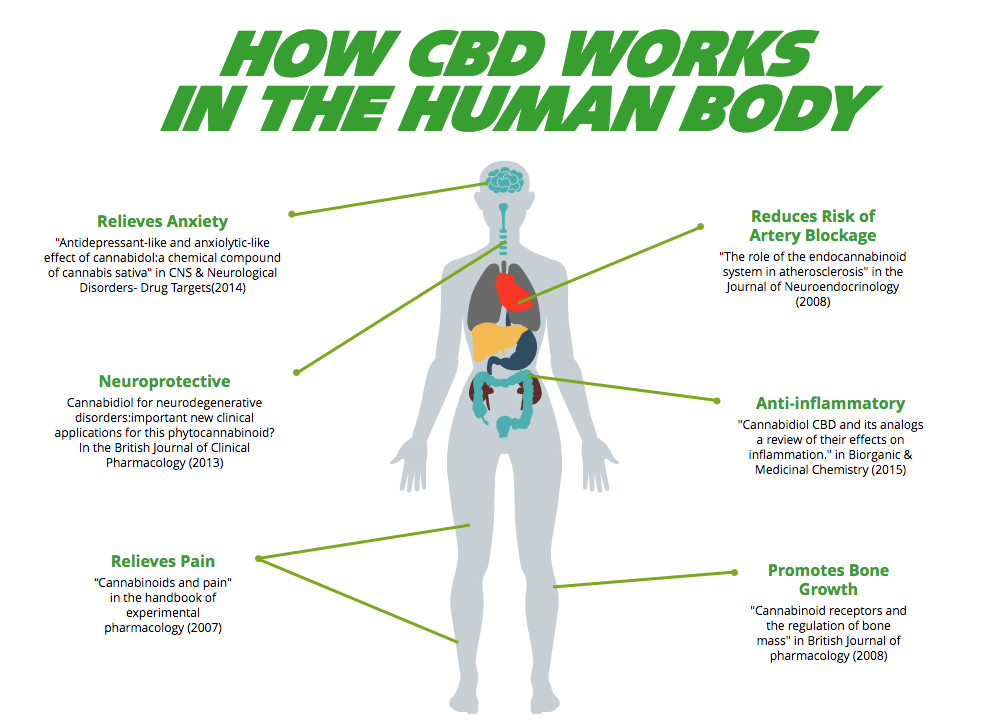 FOOD AND DRUG ADMINISTRATION (FDA) DISCLOSURE
Representations regarding the efficacy and safety of CTFO CBD hemp oil products have not been evaluated by the Food and Drug Administration. The FDA only evaluates foods and drugs, not supplements like these products. These products are not intended to diagnose, prevent, treat, or cure any disease.

These statements have not been evaluated by the FDA and are not intended to diagnose, treat, or cure any disease. Always check with your physician before starting a new dietary supplement program.

The Cannabidiol (CBD) in CTFO CBD is a natural constituent of industrial hemp plant and legally grown in Kentucky. CTFO CBD does not sell or distribute any products that are in violation of the United States Controlled Substances Act (US CSA).  ​​Since our suppliers provide us with CBD (cannabidiol) extract hemp oil from domestic Industrial Hemp with 0.3% or less of the natural THC component, the DEA’s December 13, 2016 Amended Rule does not impair the selling of our CBD Extract.