​BE A FREE AND INDEPENDENT NEWS ADVOCATE!

​Americans need to become aware of news sources other than the mainstream media. It is essential that the public question the validity of their news. With only a tiny number of companies controlling what the vast majority of us see, hear, and read, it is critical that the public realize that there are alternatives. It is not only an important part of being an informed and engaged citizen, it is critical to our nation remaining a democracy. 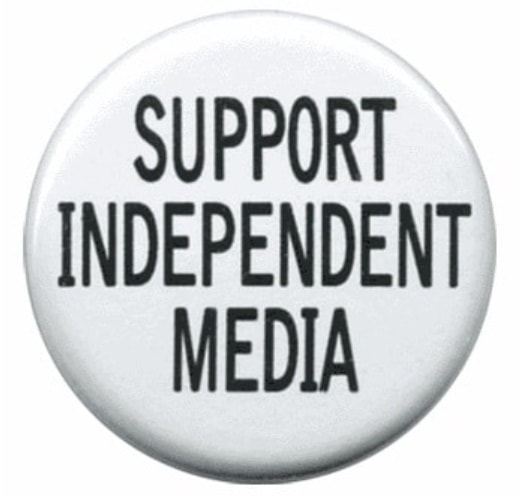 Share this informative LISTING of Independent News Sources...
​BE AN ADVOCATE FOR FREE AND INDEPENDENT NEWS SOURCES!

SITES THAT REPORT ON CENSORSHIP

As mainstream media is on a march to shut down all independent voices...  many channels have been shut down.  Here are some that are still up....

If you would like more information about improving the media or would like to help reform our mainstream news, the following websites will show you where to begin:
​
Free Press -  FreePress.net
FAIR.org (Fairness and Accuracy in Reporting)

http://topdocumentaryfilms.com/watch-online/  (<<< my personal favorite due to categories)

If you want to share this with others, simply copy and paste.